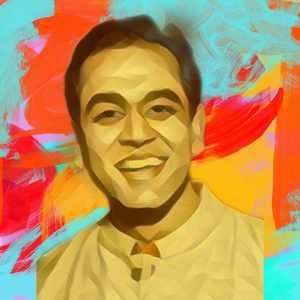 Prior initiatives include working as Member of Founding team of a global hi-tech venture with a Marquis Who’s Who serial entrepreneur & global innovator; and heading the Marketing and Research function for the Indian Private Equity and Venture Capital Association (IVCA) at 24 years of age.

Monce was invited to be on the Board of Advisors for the World Economic Forum Global Shapers Madhya Pradesh Hub, and was also the youngest Alum to have been invited to join the Old Columbans Trust (OCT) of the prestigious St. Columba’s School, New Delhi in the capacity of Exec Secretary. Monce was also invited by Alma Mater to be a Member of the Platinum Jubilee Core Committee (PJCC), St. Columba’s School, New Delhi on the occasion of the Platinum Jubilee (75 years) of the institution. Monce was most recently awarded with the recognition as a Global Ambassador of Human Rights and Peace, by the International Human Rights Advisory Council (IHRAC) and All India Council of Human Rights, Liberties and Social Justice (AICHLS).

Monce scored in the 97th percentile in the 2014 Mensa IQ test, placing him in the top 3% IQ of the world. Monce is an autodidact and polyglot, and currently speaks 6 languages including English, Hindi, Malayalam, Tamil, Spanish and German.

Monce did his schooling from St. Columba’s School, New Delhi and holds a Bachelors Degree (First Class with Distinction) in Electronics and Communication Engineering from Anna University.